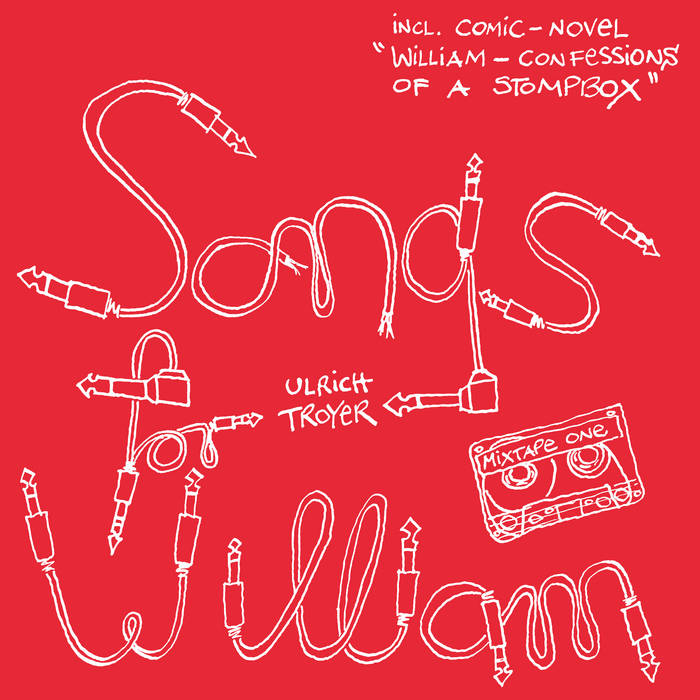 "500 limited edition 180 Gram vinyl double album that comes with 32 page comic novel. Written and illustrated by Ulrich Troyer. Songs for William is the first in a trilogy of experimental dub projects from Ulrich Troyer and Deep Medi Musik. Ulrich Troyer was born in Innsbruck and raised in Tyrol Austria, he studied Architecture and music at university and now resides in Vienna where he lives and works as a freelance artist and musician. Ulrich has been producing music and experimenting with electronics for over 10 years on various projects that include soundtracks for movies, dance productions, exhibitions and sound installations. Since 2005 Ulrich has also been performing live as a member of the Vegetable Orchestra.
Songs For William sees Ulrich explore his love for Dub music and the experimentation's of pioneers such as King Tubby, Sound Dimension and Rhythm and Sound alongside the influences of Mulatu, Tony Allen and the psychedelic sounds of Selda. To accompany this release is the first part chapter of a comic novel featuring the main character William (A guitar effect pedal!) and his journey! All analogue synthesizers, effects, stompboxes, samplers, guitars, percussion and melodica played, programmed, recorded and dubbed by Ulrich Troyer at the 4Bit Studio Vienna."