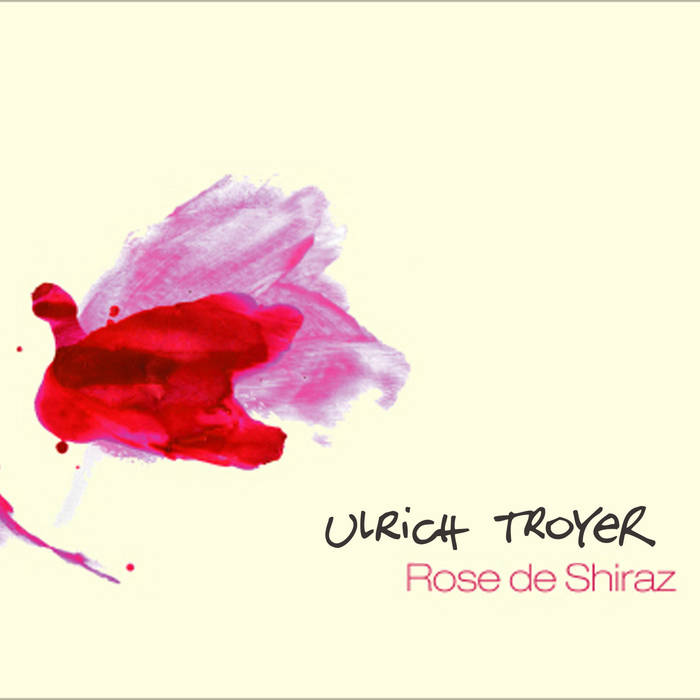 "Rose de Shiraz" is an album about love, dreams, hay fever, street-markets, shopping, cooking and eating... Vienna based Ulrich Troyer (aka Uli Troyer, previously released on Mego) and friends create experimental electronic pop with soul and humor. Cut-up samples of various sounds and vocals (of persian, turkish, german, italian, french and kurdish friends dropping by), along with guest musicians playing guitars, bass, clarinet, and saxophone, are rearranged to make something completely new, with a big love to small details. The album begins its journey through street markets in Mexico, over to Paris and Vienna, and ending in the middle of a bazar in Cairo. With scenic, romantic melodies and warm tones, the album gradually takes the listener into deeper territory, contrasting delicate, melodic shapes with weird cut-up sounds and distorted funk rhythms. Mixing live instruments, vocal samples, field recordings and beats cut with a cool precision, the album reminds us at times of the electro-acoustic cut-ups of Matmos (a la "The West"), the funky bounce of Mouse On Mars, and the organic instrumentations of Mice Parade or Tortoise, but fusing modern "electronic" music and acoustic music with his own unique blend of latin, bossa nova, european and middle eastern flavors, and intimate baroque figures.

"It took Troyer (aka Uli Troyer , aka Ulrich Troyer ) three years to come up with a full-length debut to follow-up his infectiously funny 3" EP Nok on Mego. Rose de Shiraz drops the glitch research that granted him access to the pioneering experimental electro label for something more dancefloor-friendly, hence its release on Deluxe. Luckily, Troyer's sense of humor remains, so does his taste for the bizarre. On this effort, his weapon of choice is the sampler, but he also plays a lot of guitar to give his tunes an earthier feel. But don't think of Fennesz yet, because the tunes pop, slap, and cough in a jerky way, combining cartoonish electronic asides with Frankenstein-esque rhythm tracks and a world beat flavor. Vocal contributions come in Italian, Turkish, Kurdish, and Persian, but the singer's role is often limited to a line or two from which Troyer extracts an essence of tradition to offset his modern constructions. Explained like that, it seems a bit cavalier or even colonialist, but the process works out very well, giving the music warmth and soul. Field recordings from Mexico, Egypt, and Ghana, also pop up in the mix. Highlights include “Je T'Aime," an intelligent (though not quite original) variation on Serge Gainsbourg 's idea, “Tre Elefanti Danzanti," and “Sono a Cozze," the latter's oddity linking back to Nok . In a day and age where everyone and their baby sister works with software, it's good to hear a producer putting the harsher qualities of the sampler to good use. Troyer's music is inventive and poses a challenge without alienating the listener looking for ear candy. Recommended." (François Couture)

all tracks written, produced and mixed by Ulrich Troyer
between spring 2001 and winter 2002, Vienna
except track 7: written by Karuan, rearranged and mixed by Ulrich Troyer
mastering: Alexander Jöchtl at the castle mastering suite
thanks and bir milyon öpücük to all friends and musicians involved!
this album was originally released as CD on deluxe records, Seattle in 2003