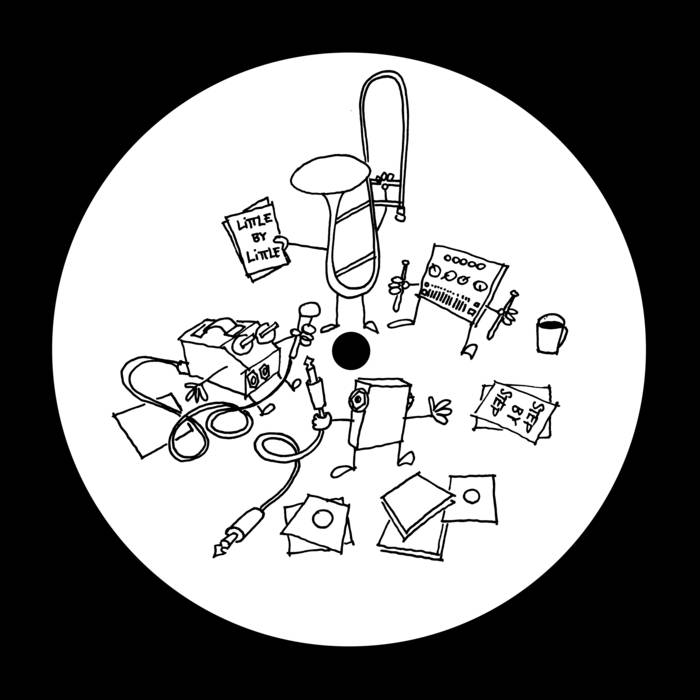 A forward-thinking dub strategy by Vienna's Ulrich Troyer delivered with radical reduction: an enormous hypnotic stream of sound positioned in a deep echo chamber, and rooted by ostinato iterations of a massive bass line. DEADLOCK (MELODICA VERSION) - deeply spiritual and so full of Nyabinghi feel without using any of the common reggae idioms. In fact, so much so that it convinced classic dub player VIN GORDON to contribute his unique trombone stylings. The result of the collaboration is DEADLOCK (VIN GORDON VERSION), undoubtedly the central track of the release.

DIDI KERN, one of Vienna's most prolific drummers adds sprinkles of futuristic percussion sounds to both DEADLOCK (VIN GORDON VERSION) and the heavily dubbed DEADLOCK (TALKBOX VERSION) - a playful, uptempo variation of the theme with additional talk box & vocoder layers.

Last but not least, DEADLOCK (KASSIAN TROYER REMIX) on the AA side is delivered as a completely re-constructed & reinvented version of the theme in a class on its own - both highly introspective and emotional.

The album version of DEADLOCK was selected by DJ MARCELLE / ANOTHER NICE MESS for her current release "DJ Marcelle / Another Nice Mess Meets Most Soulmates At Faust Studio Deejay Laboratory" (2LP, Klangbad 2014).